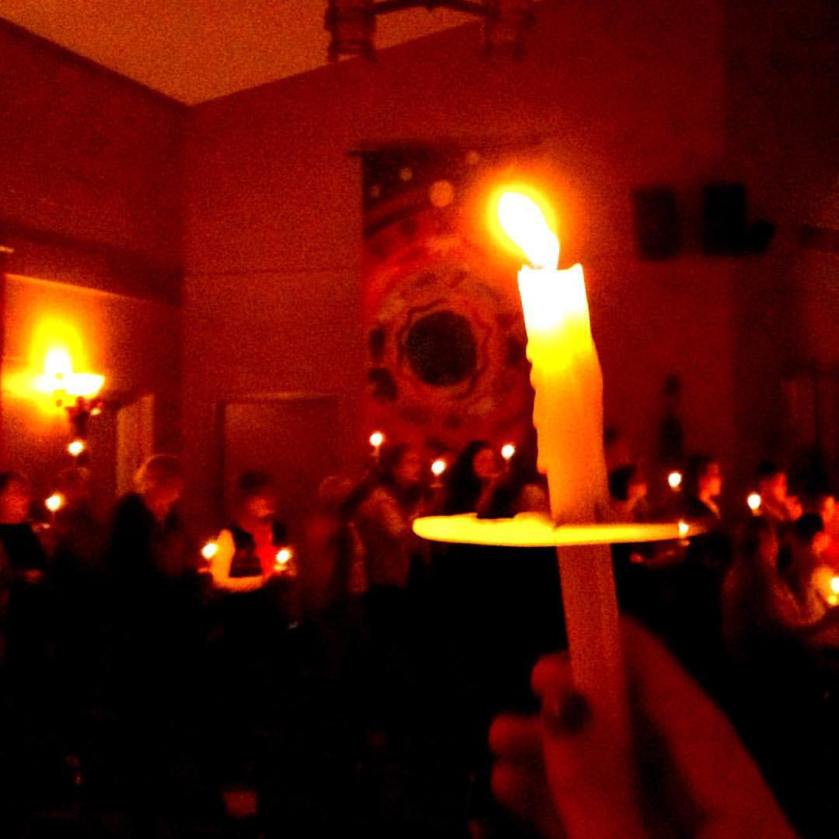 A few days ago I held a baby in my arms. I felt my heart shaped and molded into a vessel of love and compassion. I imagined the birth of the Holy Child, the softening of hardened hearts, the world transformed by Christ’s coming.

And then … I remembered the world in which we live: the homeless, the poor, the sick, the vulnerable ones who barely have enough to survive. I remembered those with power, whose hearts never seem to soften.

And today we observe The Feast of the Holy Innocents. When King Herod ordered the murder of all the children in Bethlehem so that he could hold on to his power.

When Herod knew the magi had fooled him, he grew very angry. He sent soldiers to kill all the children in Bethlehem and in all the surrounding territory who were two years old and younger, according to the time that he had learned from the magi. This fulfilled the word spoken through Jeremiah the prophet:

A voice was heard in Ramah,
weeping and much grieving.
Rachel weeping for her children,
and she did not want to be comforted,
because they were no more.
Matthew 2:16–18

I don’t know what to do with this story, with this world, with the situation in which we find ourselves. I seek wisdom and hope in the midst of it all; and I turn wise ones in various traditions (see the readings below). Where do you turn? What do you pray for? What are you reading?

If only there were evil people somewhere insidiously committing evil deeds, and it were necessary only to separate them from the rest of us and destroy them. But the line dividing good and evil cuts through the heart of every human being. And who is willing to destroy a piece of [their] own heart?
– Aleksandr Solzhenitsyn
The Gulag Archipelago

Rather than original sin, there’s original soft spot. The messy stuff that we see in ourselves and that we perceive in the world as violence and cruelty and fear is not the result of some basic badness but of the fact that we have such a tender, vulnerable, warm heart of bodhichitta [a felt need to replace others’ suffering with bliss], which we instinctively protect so that nothing will touch it.
– Pema Chödrön
Start Where You Are: A Guide to Compassionate Living

“You have heard that it was said, An eye for an eye and a tooth for a tooth. But I say to you that you must not oppose those who want to hurt you. If people slap you on your right cheek, you must turn the left cheek to them as well. When they wish to haul you to court and take your shirt, let them have your coat too. When they force you to go one mile, go with them two. Give to those who ask, and don’t refuse those who wish to borrow from you.”
-Jesus, Matthew 5:38-41, CEB

I would not look upon anger as something foreign to me that I have to fight… I have to deal with my anger with care, with love, with tenderness, with nonviolence.
– Thich Nhat Hanh, Being Peace

6 thoughts on “Feast of the Holy Innocents”

My latest writing project: I am one of the psalmists in this book by Pilgrim Press. Thank you, @marthaspong and @rachel.hackenberg. #grateful
New every morning is your love. #hadeninstitute
It’s Open Studio at @artandsoulnashville. Creativity is here. #myartandsoul
Christmas sunset. ❤️ 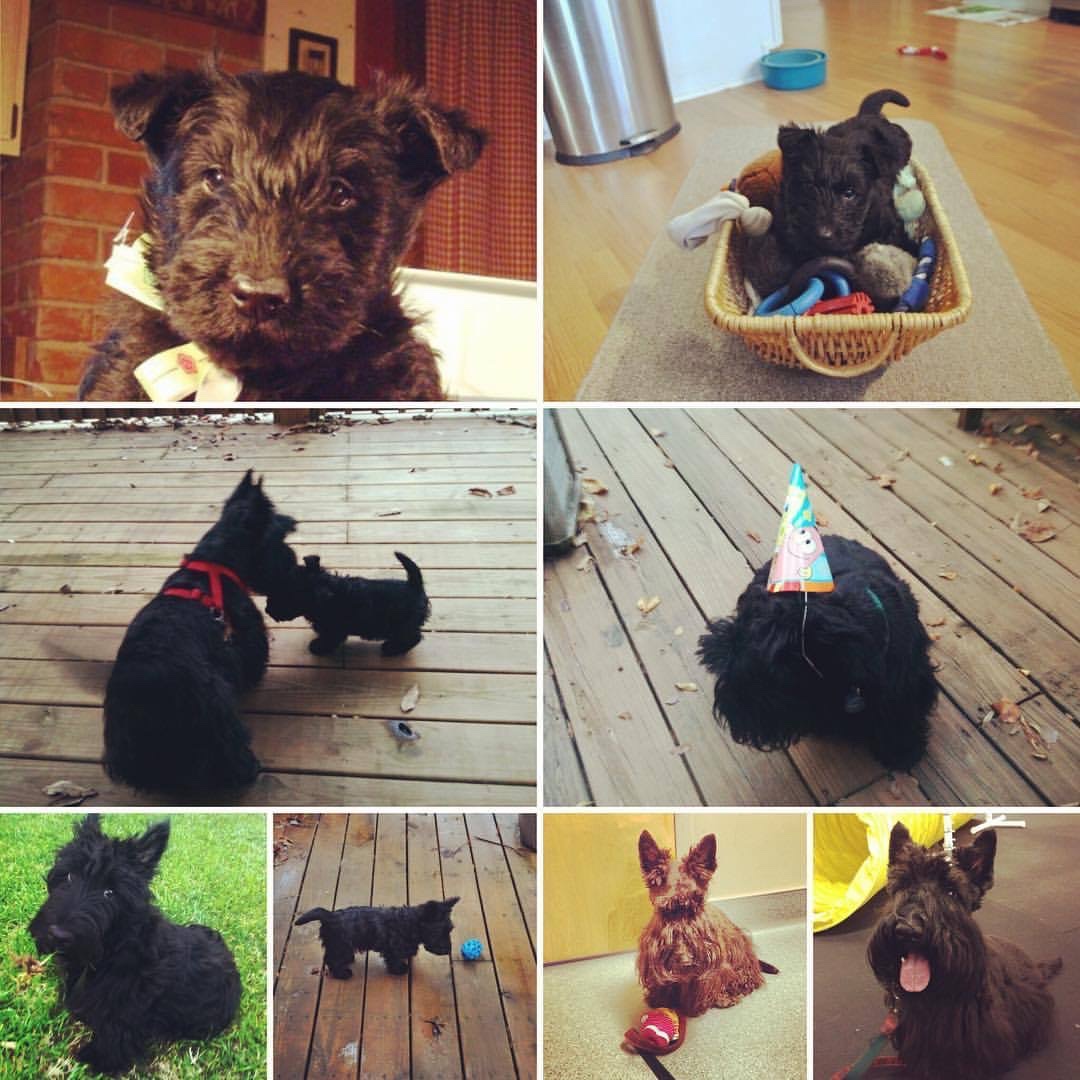 Dear Jack, A year ago today we celebrated your 8th birthday, but you were not feeling well. A year ago tomorrow, you crossed the Rainbow Bridge and our hearts were broken. We still miss you … the click-click-click of your feet on the floor. Your giant bark that let us know we were not keeping […]

A Package Arrives – From Jack 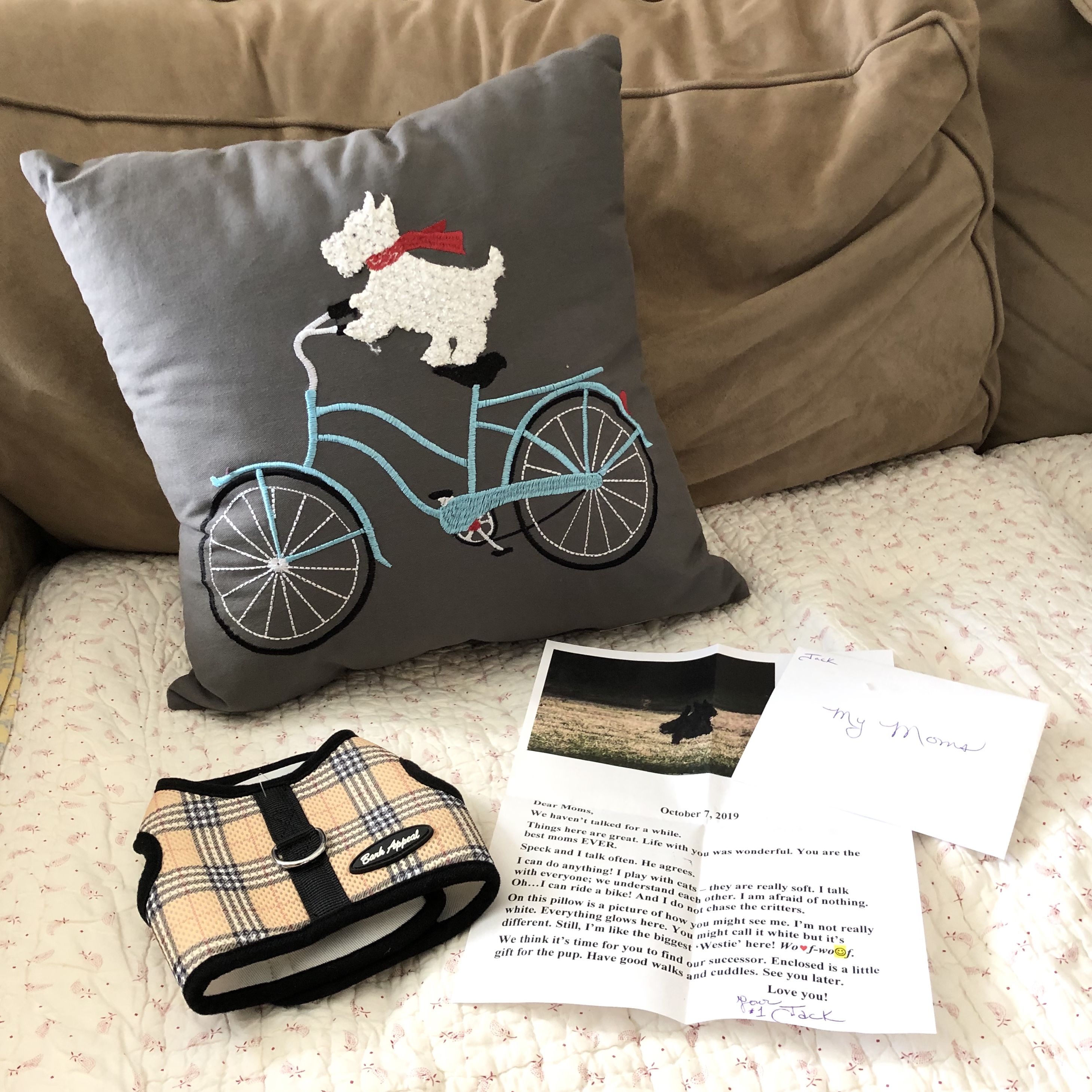 A year ago this time, Jack wasn’t feeling well, but we didn’t know why. It was on October 22 that he crossed the Rainbow Bridge. We still miss him, but we are planning for a puppy in the next few months or so. We are grateful for the sweetness and kindness of friends, far and […]