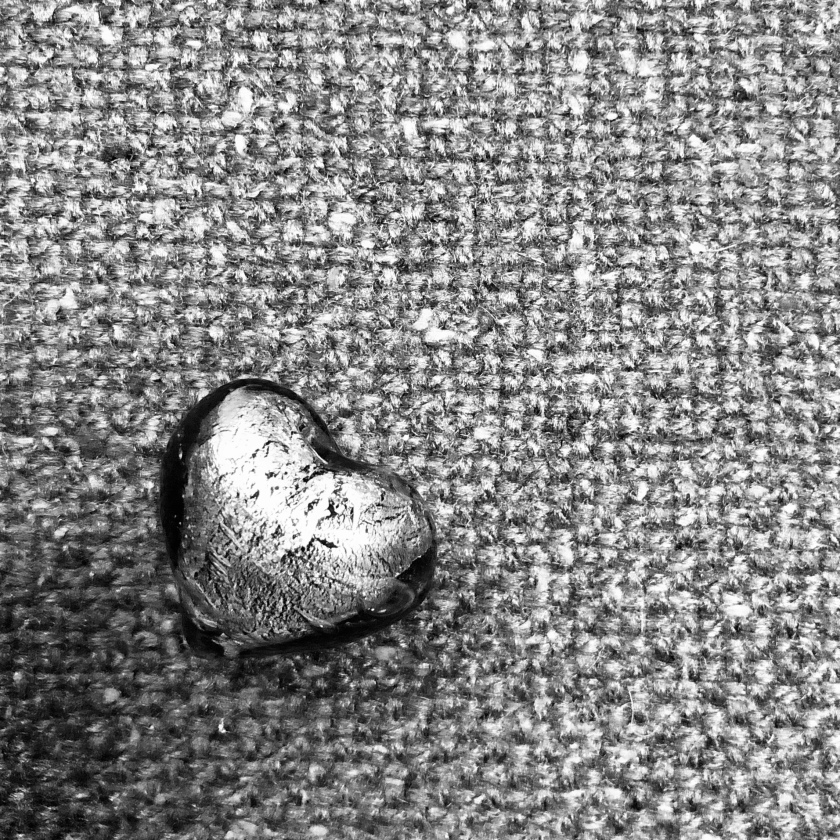 I woke up this morning to a world without you.
You were my bright morning star and confidante.
Cheerleader and librarian.
Theologian and comic foil.

When we sat down to talk,
No time was wasted on chitchat, sports, or weather.
We took deep breaths and dove deep.

Last week in the hospital,
I asked, “Are you scared?”
“Yes,” you said.
“Shall I say a prayer?”
“Please.”
“Loving God, give wisdom to the doctors
and comfort to your beloved one.
Let him know he is not alone,
but is surrounded with love and light.”

The last few days you haven’t been responsive.
But yesterday, hospice on the way,
You squeezed my hand and turned your face toward mine,
Giving me the gift of your blessing.
I prayed for your final journey.
“Loving God, give comfort to your beloved one,
To the family and friends who love him so much.
Let him know he is not alone,
but is surrounded with love and light.”

Today you sit down to talk with angels.
No time is wasted on chitchat, sports, or weather.
You are taking deep breaths and diving deep. 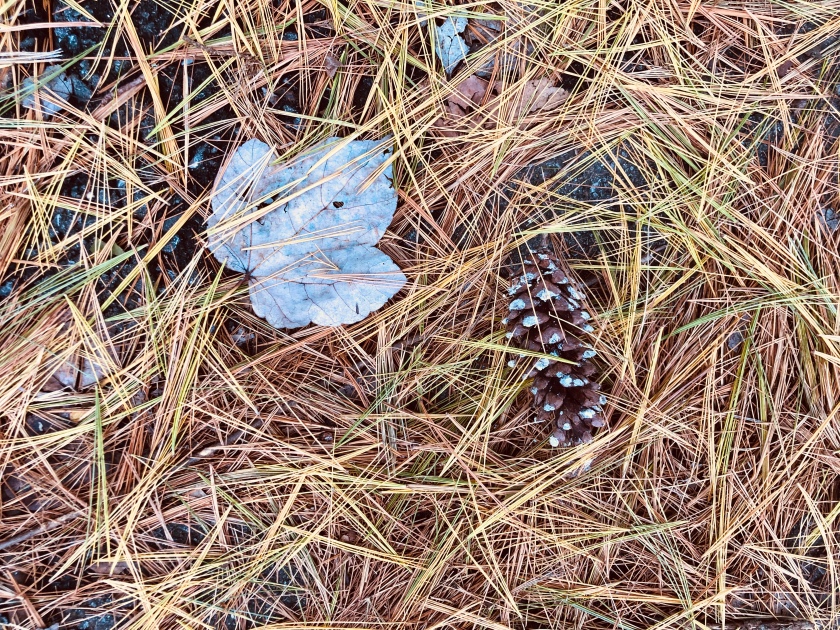 Remembering my saints this weekend.

On All Saints’ Day, it is not just the saints of the church that we should remember in our prayers, but all the foolish ones and wise ones, the shy ones and overbearing ones, the broken ones and whole ones, the despots and tosspots and crackpots of our lives who, one way or another, have been our particular fathers and mothers and saints, and whom we loved without knowing we loved them and by whom we were helped to whatever little we have, or ever hope to have, of some kind of seedy sainthood of our own. 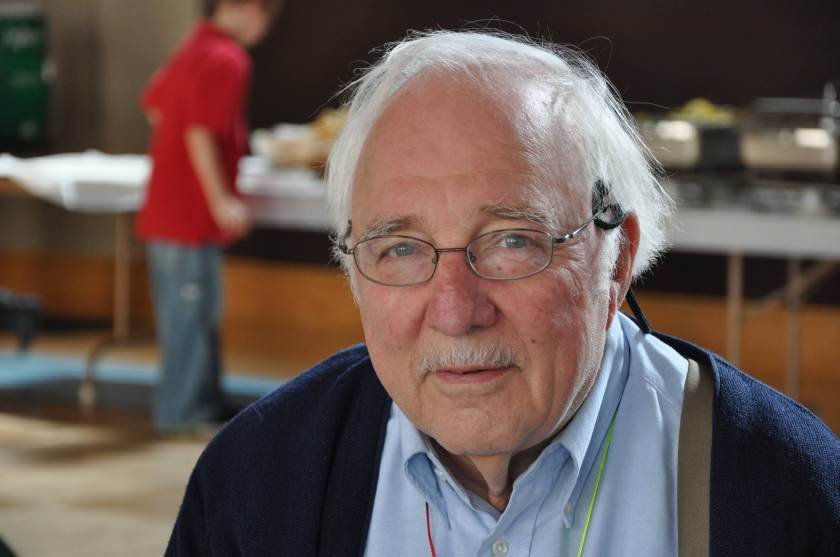 Since he passed away on Monday, I’ve been thinking with gratitude about the many ways that Don Beisswenger shaped my life. I moved to Tennessee the fall of 1979 after having grown up in my dad’s churches in Oklahoma. Edgehill was the first church I actually chose to join on my own. Don and Joyce Beisswenger were in that church and I’m blessed for it.

I was a disillusioned, impassioned young adult wanting to change the world. I attended a program at Don and Joyce’s house and learned about “liberation theology.” “There is hope for the church,” I thought, and ended up at Vanderbilt Divinity School working on my M.Div. (I signed up for the course on Contemporary Theology and waited in vain for the unit on liberation theology to come along.)

I marched all over town protesting with activists like Don and Hogan Yancey, telling the story of the U.S. War in El Salvador and the martyring of Bishop Oscar Romero. I went to Washington, DC, slept in a church with activists from Jonah House, and stood with others to block the entrance to the Pentagon on the Feast of the Holy Innocents — commemorating the slaughter of the male Hebrew children by King Herod.

Don was in charge of Field Education while I was a Vanderbilt. I interned with social justice groups. And then, needing one more field education unit, I served for a summer with Alive Now Magazine at The Upper Room. I found my vocation during that summer of Field Education. Since I had figured out what I wanted to do — be an editor — I got tired of doing school work. One Sunday, Don mentioned to me, “Hey, Beth, Y’know, the faculty has approved your graduation, pending the completion of your incomplete. I went home from church and finished the paper that day.

But Don’s influence didn’t end there. It was about that time that he and Joyce bought the Cheatham County land that became Penuel Ridge Retreat Center. I count myself fortunate to have been included in the small group of 8-10 of us who walked the land and listened for God’s purpose for that place. I became a part of the “core team” who discerned that the land would become an interfaith place of solitude and retreat, rooted in social action.

For a number of years, then, I lived next door at the retreat center. Don and I built decks together, worked on projects like the construction of The Well, led and attended retreats, walked the trails, and stood around looking at the tractor when it wouldn’t start. (In fact, my mind’s eye sees him sitting on the tractor, that wry smile on his face.)

In 2004, Don served a six-month federal prison term at the age of 73 for his non-violent protest. His book, Locked Up: Letters and Papers of a Prisoner of Conscience was published by The Upper Room. (It’s on my goals, Don, but I still haven’t gotten arrested for a matter of conscience. I’ll keep working on that one.)

Don Beisswenger has joined the communion of saints. Thank you, my friend, for all the ways you influenced, changed, nurtured, and enriched my life. You are present in this world through all of us who were shaped by you. 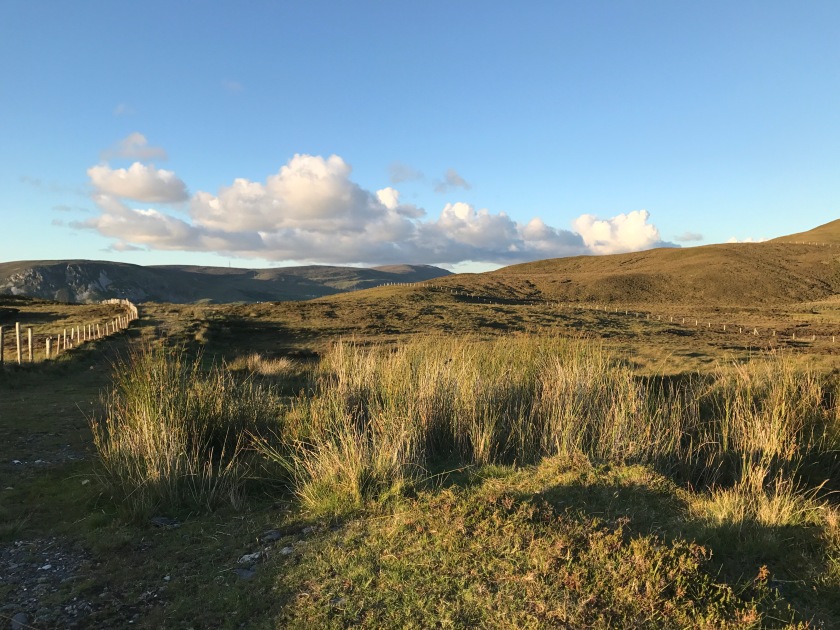 We are in the west in Donegal, the birthplace of St. Columcille (Columba is what he is called in Scotland).

Land of sea and sky and ocean. Land of sheep and bogs. We greet you.

Today we take a pilgrimage to standing stones which were here before the saint and used in Christian ministry.

The pilgrimage is traditionally taken at midnight on the night before Columcille’s feast day. And walked barefoot.

Let me bless almighty God,
Whose power extends over
Sea and land,
Whose angels watch over all.

Let me study sacred books
To calm my soul;
I pray for peace,
Kneeling at heaven’s gates.

Let me do my daily work,
Gathering seaweed,
Catching fish,
Giving food to the poor.

Delightful it is
To live on a peaceful isle,
In a quiet cell,
Serving the King of kings.
– Columcille 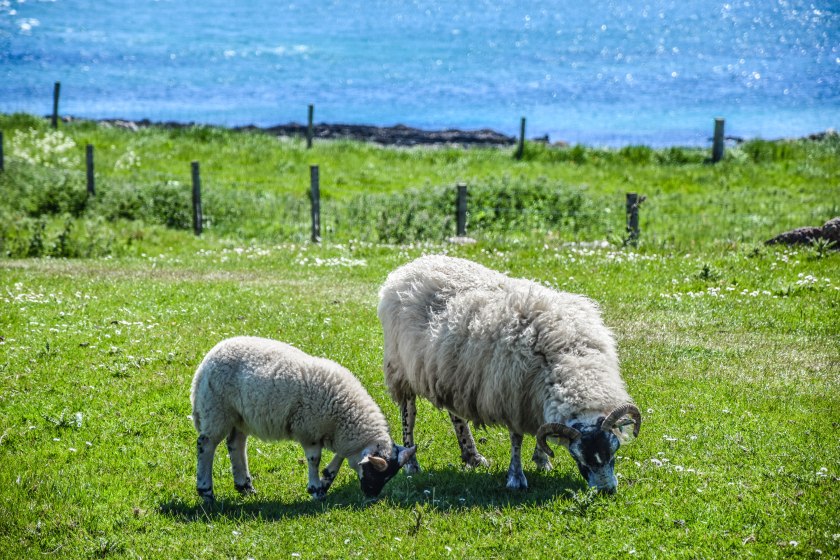 Today is the feast day of St. Columba, the Irish monk who established the community of Iona in 565.

Let me bless almighty God,
whose power extends over
sea and land,
whose angels watch over all.

Let me study sacred books
to calm my soul;
I pray for peace,
kneeling at heaven’s gates.

Let me do my daily work,
gathering seaweed,
catching fish,
giving food to the poor.

Delightful it is
to live on a peaceful isle,
in a quiet cell,
serving the King of kings.

Learn more about Columba and other Celtic saints in Celtic Saints in Holy Companions: Spiritual Practices from the Celtic Saints by Mary C. Earle and Sylvia Maddox.

Did you know that my book, Christ Beside Me, Christ Within Me: Celtic Blessings, is now available as an audio book?

Photo: Sheep on the isle of Iona. © 2016 by Beth A. Richardson. This photo and others by Beth are available on cards, cases, and other items at Redbubble. 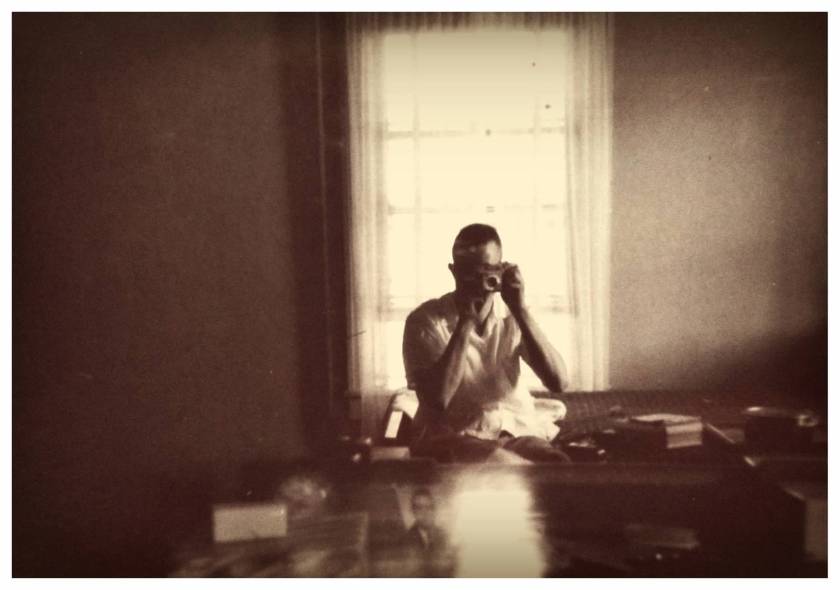 I am thinking of you today, Dad,
On this day when you crossed through the thin space
To join the saints who had preceded you:
Mom, Holt, Ida Mae, Bill …

You had been leaving us for a long time
As bits and pieces of your memory slowly slipped away.
“A blessing, really,” is what we all said of your passing.
But that did not take away the grief that we felt.

I remember the first time you did not remember who I was.
We were having dinner at the kitchen table.
You had been looking at me, and then
You finally asked me who I was.
I said, “I’m your daughter.”
You turned to Anna to see if it was true.
She said, “Yes. That’s your daughter.”
“I have a daughter?” you said in surprise.
But you took it all in as I told you who was:

Beth, your daughter.
Writer of books and liturgy.
Singer of songs.
Clergy in The United Methodist Church.
Worker at The Upper Room.
(You remembered The Upper Room.)

You were so happy
That you had a daughter.
So proud of who I had become.
And I was so happy
At your delight.

And so, we started our new ritual
Carried out in person, on the phone,
In which I would introduce myself to you
And you would be surprised … delighted!